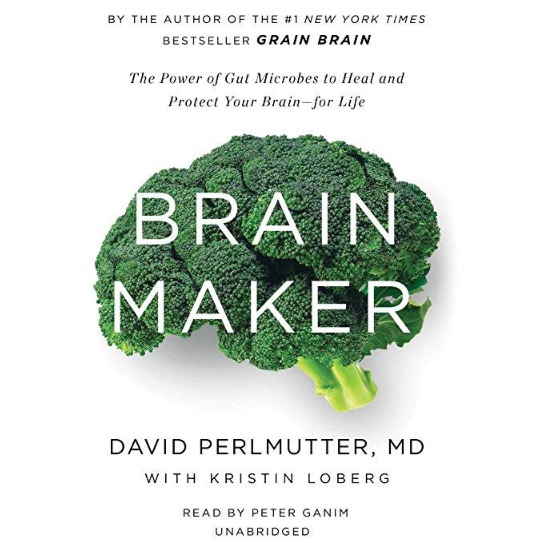 One of the things I appreciate most about Ayurveda, the traditional medicine system practiced in India for thousands of years and one of the world’s oldest health care systems, is that Ayurveda recognizes each person as unique. As such, the path to optimal health, including any preventative treatment plan, is tailored in Ayurveda to each individual.

With this in mind, I make it a practice to read books on health and wellness with the understanding that any recommendation shared by an author must be considered with the individual in mind as well. It is with this lens that I read “Brain Maker: The Power of Gut Microbes to Heal and Protect Your Brain – For Life” by Dr. David Perlmutter, a fascinating book about the connection between our gut microbes, our brain and the rest of our body.

Ayurveda teaches that digestion is one of the key factors that influence our health. The quality and strength of our digestion governs the ability of our body to absorb the nutrients within the food we eat and create healthy cells and tissues. I’m interested for this reason in learning as much as I can about digestion, which includes the gut and gut microbiome.

On a recent flight, I listened to the audiobook version of “Brain Maker”.

Here is a collection of excerpts I noted while listening:

New, leading-edge science coming from the most well-respected institutions around the world is discovering that to an extraordinary degree, brain health, and on the flip side, brain diseases, are dictated by what’s going on in the gut.

Scientific research is bringing more credence to the notion that up to 90% of all known human illness can be traced back to an unhealthy gut.

Each microbe contains its own DNA

Right now your body is colonized by a multitude of organisms that outnumber your own cells by a factor of about 10. Scientists have so far identified some 10,000 species of microbes, and because each microbe contains its own DNA, that translates to more than eight million genes.

In other words, for every human gene in your body there are at least 360 microbial ones. Most of these microbial genes live within your digestive tract, and while they include fungi and viruses, it appears that the bacterial species that make their home inside you dominate and take center stage in supporting every conceivable aspect of your health. And you interact not only with these organisms but also with their genetic material.

We call this internal complex ecology that thrives within us and its genetic fingerprint the microbiome. Although the human genome we all carry is almost the same give or take the small handful of genes that encode our individual characteristics like hair color or blood type, the gut microbiome of even identical twins is vastly different.

What role does your gut bacteria play?

The story starts with an upset microbiome

We really have to pay attention to how our gutsy tribes are fed and nurtured. We also have to ensure the integrity of the gut lining. In my previous book, I outlined the primary instigators of inflammation in the body that can interfere with neurological function and brain health – ubiquitous ingredients like gluten and sugar, and a lack of antidotes such as healthy fats, exercise, and restful sleep. But now we have more science to show that the story doesn’t just start with an inflammatory response to bread and blintzes. It starts with an upset microbiome and the disastrous effects of molecules like LPS that go rogue once in circulation.

Genetics are far from the whole story

In some people specific genes can naturally increase inflammation and raise risk for developing disease rooted in inflammation. But genetic factors are far from the whole story. You can do a lot to influence the expression of your genes by turning off or suppressing bad genes to flipping the switch on good genes that will help assure your health.

One of the most influential and fundamental ways one can support the expression of those good genes while suppressing the bad, and in turn, keep inflammation in check: by maintaining healthful blood sugar levels. Elevated blood sugar stirs up inflammation in the blood stream, as excess sugar can be toxic if it’s not swept up and used in the cells.

The connection between blood sugar and Alzheimer’s is so strong that researchers are now calling Alzheimer’s type 3 diabetes.

Why the gut lining is important

In millions of people today the gut is largely disrupted by increasing intestinal permeability which fuels a continuous state of low grade inflammation.

Your gastrointestinal tract which extends from the esophagus to the anus is lined with one single layer of epithelial cells. This cellular layer represents a critical interface between you and your environment.

The intestinal lining has three main functions. The first is: it serves as the mechanism through which you obtain nutrients from the food you eat. Second, it blocks the entrance into the blood stream of potentially harmful particles, chemicals, bacteria and other organisms that can pose a threat to your health. Third: it contains elements called immunoglobulins that bind to bacteria and foreign proteins that prevent them from attaching to your gut’s lining. This ultimately allows pathogenic organisms to move on and be excreted.

When your intestinal barrier is compromised, you are susceptible to a spectrum of health challenges, including rheumatoid arthritis, allergies, eczema, celiac disease, inflammatory bowel disease, diabetes, autism, Alzheimer’s, and Parkinson’s.

Changes in your gut’s environment can compromise the brain’s ability to protect itself from potentially toxic invaders.

How can you improve your body’s inner ecology?

Blood sugar regulation is priority #1 when it comes to preserving brain function and resisting Alzheimer’s disease. And blood sugar levels reflect not just dietary sugar and carbohydrate consumption, but also the balance of bacteria in the gut.

It’s critical to take probiotics with filtered water, otherwise you’ll defeat their purpose. Chemicals, such as chlorine, that are added to many sources of water to kill bad bacteria will also kill good, probiotic bacteria.

In sum, the following guidelines for a healthy gut and healthy brain are recommended in “Brain Maker”:

I really enjoyed listening to the audiobook version of “Brain Maker” – this book is packed with information that explains how gut health and brain health are connected, as well as actionable tips to help improve both.

Interestingly, Ayurveda recommends similar tips to support digestion and gut health. According to Ayurveda, for example, a healthy gut and digestive tract is a result of a strong digestive fire, also referred to as agni. When agni is balanced, the food we eat is fully digested, nutrients are absorbed and toxins are properly eliminated.

When agni is weak, however, toxins, also referred to as ama, accumulate and gut inflammation occurs. Probiotic foods such as lassi, a yogurt drink commonly taken after Ayurvedic meals in India, and fermented foods like Idli and chutney, commonly eaten in India for breakfast, support diversity of gut bacteria and digestion.

In our modern western world, we can apply this Ayurvedic wisdom by incorporating into our diet probiotic or fermented foods such as sauerkraut, kefir, kimchi, pickles or fermented vegetables, all of which similarly are known to promote gut health.

At the same time, it’s important to remember that the guidelines recommended in “Brain Maker” are just that – a guide. After all, Ayurveda also teaches that each of us is unique: the best diet is one that supports our unique constitution or dosha.

Have you read “Brain Maker”?

If so, have you incorporated any of the recommended guidelines into your diet and lifestyle? And, have you noticed any improvement in digestion or overall health?

Let’s connect. I’d love to hear from you.